If you’re coming by car or truck, virtually all roads lead to the Javits Center. Plus, there’s plenty of off-site parking within walking distance of the iconic facility. And if you’re looking to burn some calories while blazing a trail to our front door, take advantage of Citi Bike, New York’s new bike sharing system. The NY Waterway is also a convenient and quick way to get to the Javits Center from across the Hudson River, and only one block from the Javits Center. For your convenience, our guest entrance is 429 11th Avenue, New York, NY, 10001.

How to get there 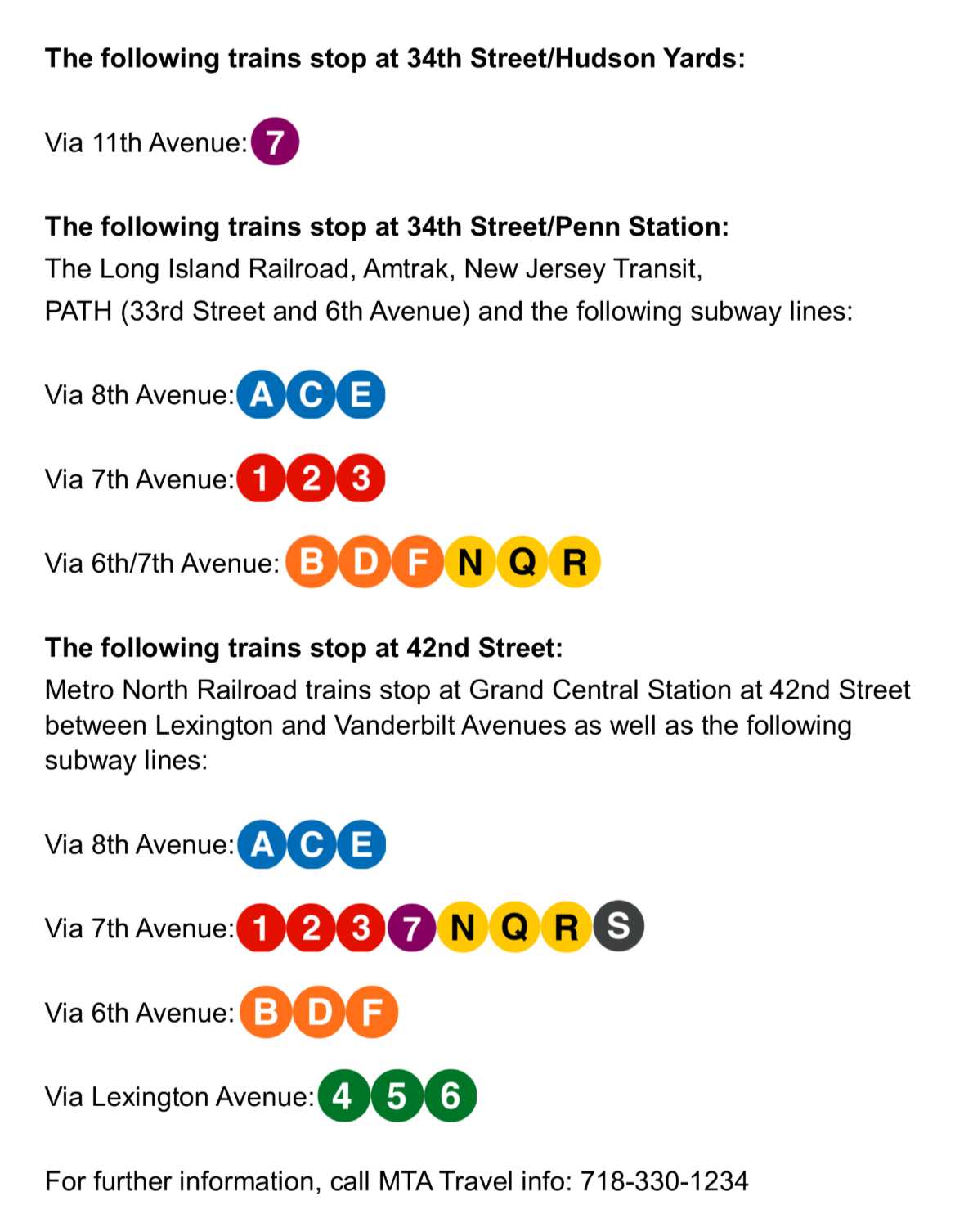 From the North (Westchester, Connecticut, Massachusetts)
95 South (via the Cross-Bronx Expressway) to the George Washington Bridge. At approach to bridge, bear right to lower level. Exit at the last exit in New York–Parkway South–9A. Follow Parkway South (Henry Hudson Parkway/West Side Highway) to 42nd Street. Turn left. Go one block to 11th Avenue and turn right.

From the South (New Jersey, Delaware, Pennsylvania, etc.)
95 North to the New Jersey Turnpike. Exit at the Lincoln Tunnel. When exiting the tunnel, bear left. Follow signs for uptown or northbound to 42nd Street. Turn left onto 42nd Street until you reach 11th Avenue and turn left.

From Staten Island
Verrazano-Narrows Bridge eastbound to the Gowanus Expressway, to the Brooklyn Battery Tunnel. Exit westbound to the West Side Highway/12th Avenue. At 34th Street, turn right. Go one block to 11th Avenue and take a left.

The New York metropolitan area is serviced by three major airports: JFK International, Newark International and LaGuardia Airport. Travel time by taxi from the airports to midtown Manhattan varies by airport. Travel time from LaGuardia to midtown can take anywhere from 25-40 minutes. JFK can take anywhere from 45 minutes to over an hour and Newark 40 to 60 minutes. Javits’ official transportation partner, Supershuttle/Golden Touch Transportation Services, can arrange shuttle services to and from the airports as well as transportation by private or shared limousine. Located at the taxi-drop off on the Concourse level, Supershuttle/Golden Touch can also be reached by phone at 800.258.3826 or on-line: Golden Touch Transportation or Supershuttle.

For complete transportation information including how to get to Manhattan by public transportation from all three airports, including the JFK AirTrain, log onto the NY/NJ Port Authority at www.panynj.gov.

Different variables such as heavy traffic and tolls should be taken into account in gauging the final cost of your trip.

A cab ride between Grand Central, Penn Station or Port Authority to the Javits Center can cost anywhere from $8-$15 depending on the traffic.